Final Fantasy VII Remake was a hot topic at this year’s E3 2019, and Square Enix had more to say after the event ended. Producer Yoshinori Kitase broke down some of what they have planned for the project in a post-E3 message on Square Enix’s blog, going into further detail about how this game aims to go beyond the original Final Fantasy VII. 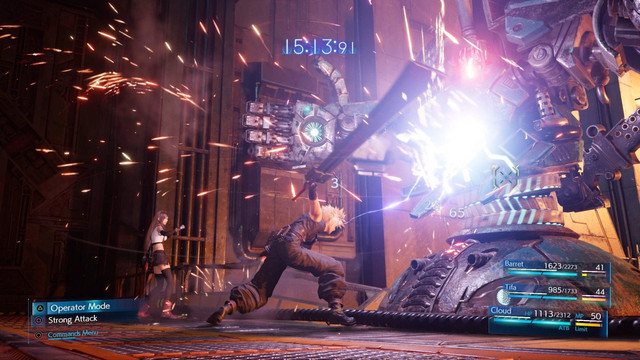 Here are some choice quotes from the message:

“Our goal with this project is to rebuild FINAL FANTASY VII for a new era. We’re not making a straight 1:1 copy or a simple remaster of the original game.”

“Due to the work already done on the first game we anticipate development of the second game to be more efficient. We have our own internal schedule and plan, but for now we’d like to focus our information on the first game in the project.”

On the need to go beyond what was already created:

For the original core members of the development team, simply recreating the original game with improved graphics wasn’t enough to get us invested and excited about remaking VII. To return, we want to go beyond the original, telling a deeper story and providing a modern gaming experience. We really want to go above and beyond what is expected of a remake.

For those still wondering, yep, the first game is all Midgar, baby. Here’s a chunky quote about that and how they plan on utilizing its best features:

“The first game in the project takes place in the eclectic city of Midgar, we chose to focus on Midgar as it best represents the world of VII as a location more than any other. Midgar is full of imagination with myriad influences and surprises around every corner.

While many people may think that Midgar is very dark at first glance, we have a design aesthetic where the city has strong elements of colour and variety. The lighting and colouring we are using throughout Midgar accentuate what is unique about FINAL FANTASY VII’s world. We decided not to use a photo-realistic approach with the design, but instead something more stylised, honouring the artistic designs and choices of the original.”

On creating a mix of direct action and the ATB system:

“The system we’ve created retains the strategic decisions of controlling multiple party members, allowing you to select from a wide range of abilities and spells. You can control your favourite character while issuing orders to others, or leave them to AI. And choose when to switch to a different party member to make best use of their unique abilities in battle. This allows all players to choose and enjoy your favourite way of playing.”

Kitase closed his message by reminding everyone that Final Fantasy VII Remake still has Materia in place for customization. Stay tuned for more updates as we gradually approach the game’s March 3, 2020 launch.