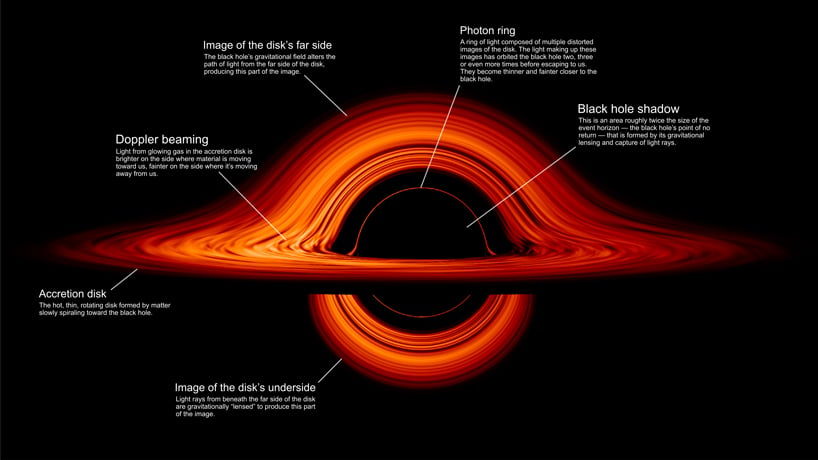 The visualization, created by Jeremy Schnittman using a custom software at NASA‘s Goddard Space Flight Center, simulates the appearance of a black hole where infalling matter has collected into a thin, hot structure called an accretion disk. the black hole’s extreme gravity skews light emitted by different regions of the disk, producing the misshapen appearance. Magnetic fields wind and twist through the churning gas causing bright knots to constantly form and dissipate. nearest the black hole, the gas orbits at close to the speed of light, while the outer portions spin a bit more slowly. this difference stretches and shears the bright knots, producing light and dark lanes in the disk. 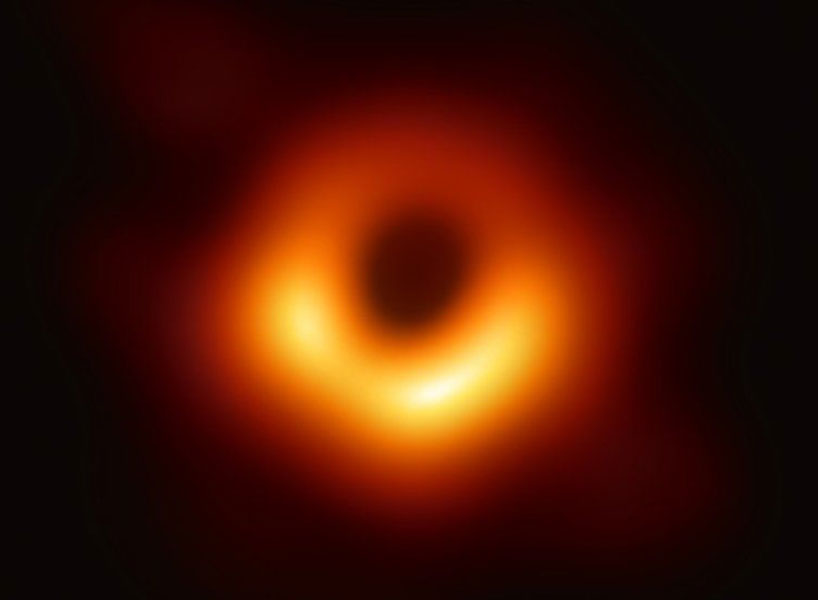 This so-called ‘photon ring’ is composed of multiple rings, which grow progressively fainter and thinner, from light that has circled the black hole two, three, or even more times before escaping to reach our eyes. a cosmic phenomenon known as the ‘doppler’ effect produces a change in frequency in the wavelength of the light, increasing the level of brightness for light moving in such a way, and the opposite is true as it moves away from us.

‘Simulations and movies like these really help us visualize what Einstein meant when he said that gravity warps the fabric of space and time,’ explains Jeremy Schnittman, who generated these gorgeous images using custom software at NASA’s Goddard Space Flight Center in Greenbelt, Maryland. ‘until very recently, these visualizations were limited to our imagination and computer programs. I never thought that it would be possible to see a real black hole.’