The Prince of Tennis is going to get a new feature Film “Ryoma!”

It is announced today at the Jump Festa 2019 event that an all-new anime feature film based on Takeshi Konomi’s Tennis no Ouji-sama/The Prince of Tennis manga series, titled Ryoma! Sinsei Gekijyoban Tennis no Ouji-sama/Ryoma! Rebirth The Prince of Tennis: The Movie, is set to be released in Japan in early spring of 2020. The film’s official website opens with the title logo and a teaser visual newly drawn by Konomi. 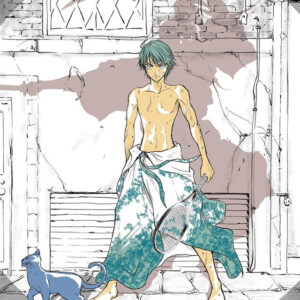 Konomi, who serves as executive producer for the film, says, “It has been almost 20 years since.The Prince of Tennis started its serialization in Weekly Shonen Jump. Including The New Prince of. Tennis, its 20th anniversary year will begin soon! I really appreciate it to everyone!

For many fans who have supported TeniPri, those who laughed at it at least once, and those who don’t know about it, we produced a totally new entertainment that filled with the 20-year worth of happiness using the medium of film!! That is, ‘Ryoma! Shinsei The Prince of Tennis.’ I would love to make everyone who watches it happy.”