UNIQLO and Gundam Go Inside Baseball for 40th Anniversary Collaboration

Gundam and baseball. They go together like… well, we’re not sure, but a new collaboration with UNIQLO is showing us. As part of the franchise’s 40th anniversary, Gundam is releasing models of its iconic RX-78-2 models featuring the team logos and colors of Japan’s 12 pro baseball teams. 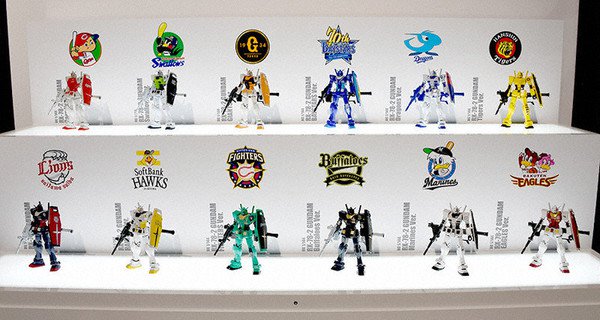 The 12 teams that make up the Nippon Professional Baseball Organization are the Hiroshima Toyo Carp, the Fukuoka SoftBank Hawks, the Hanshin Tigers, the Saitama Seibu Lions, the Yokohama DeNA BayStars, the Tohoku Rakuten Golden Eagles, the Yomiuri Giants, the ORIX Buffaloes, the Chunichi Dragons, the Hokkaido Nippon-Ham Fighters, the Tokyo Yakult Swallows, and the Chiba Lotte Marines. The figures will roll out sequentially starting in April.

Additionally, there will be limited-edition RX-78-2 and Zaku figures sporting UNIQLO’s logo and red-and-white color scheme:

Of course, UNIQLO will have clothing items for sale, too! Check out a few of the Gundam-inspired designs coming to the store for the anniversary

Everything you need to know about MANGA Plus by Shueisha